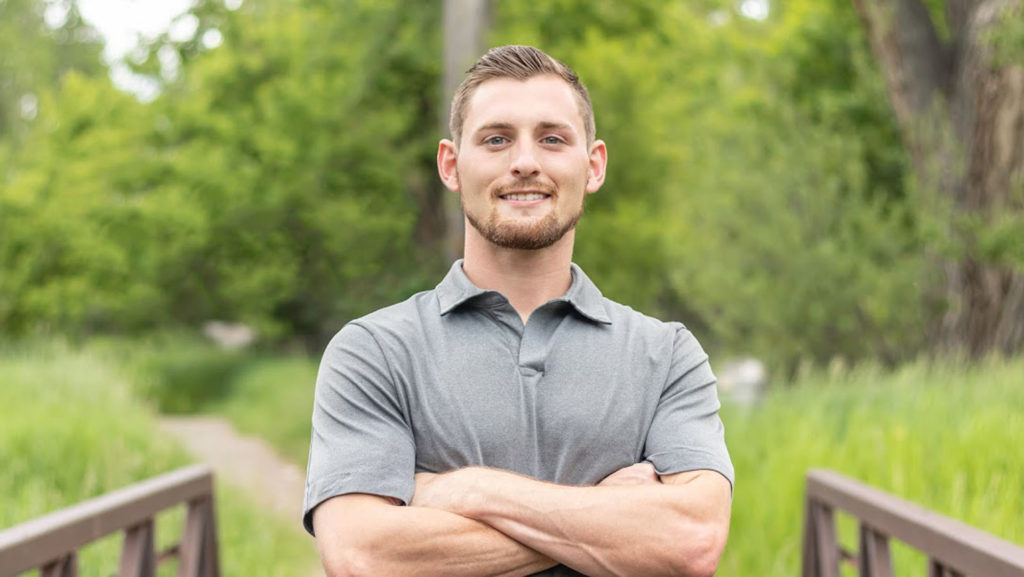 I grew up in Billings, Montana. I never went to go to college… but I always had a desire to be an entrepreneur, to build something for myself.  I realized that college wouldn’t do that for me – I needed to find someone who’s done what I wanted and get the advice I needed to forge my own path.

I initially became a welder to pay the bills.  But I grew sick of working for someone else, so I started a window cleaning company.  Most people wonder what drew me to window cleaning, but it was simple – I found an opportunity and a niche and so I went for it.

People can be afraid of not having the security of a paycheck, but if you put in consistent effort, you will grow.  You figure that there are 24 hours in a day, and maybe you get 8 hours a sleep.  If you work 10-14 hours a day at something, chances are, you’re going to get good at it.  So I set my mind to studying, learning, marketing, handing out cards, and covering all the different areas I could in window cleaning… and my business grew.

Eventually I decided to move down to Phoenix and at 23 I started Squeegee Bros.

Living here in Phoenix, I learned about the Phoenix Dream Center through my business mentor, and I discovered just how horrific the human trafficking epidemic in Phoenix was becoming.  I wanted to do something, so I came for a tour.

Everyone who I talked to that day seemed really happy to be there, despite what they had been through.  And it was amazing to see all the business partners they had… Discount Tires, Verizon, etc.  I wanted to get out and use my company and the people I network with as a platform to get the word out about what the Phoenix Dream Center did.

I wanted to help take care of my city.

So I took a leap of faith and started to tithe my company’s earnings to the Phoenix Dream Center. I tithed in January, February, March, April, and May.  2020 has been a crazy year… but what’s even crazier is that every single month my income has gone up!  In June, I had the largest month ever.  In 6 months, I’ve grossed more than I did in 2019 total.  I’m on pace to double my income this year and all I’ve changed is deciding to tithe out of my business.