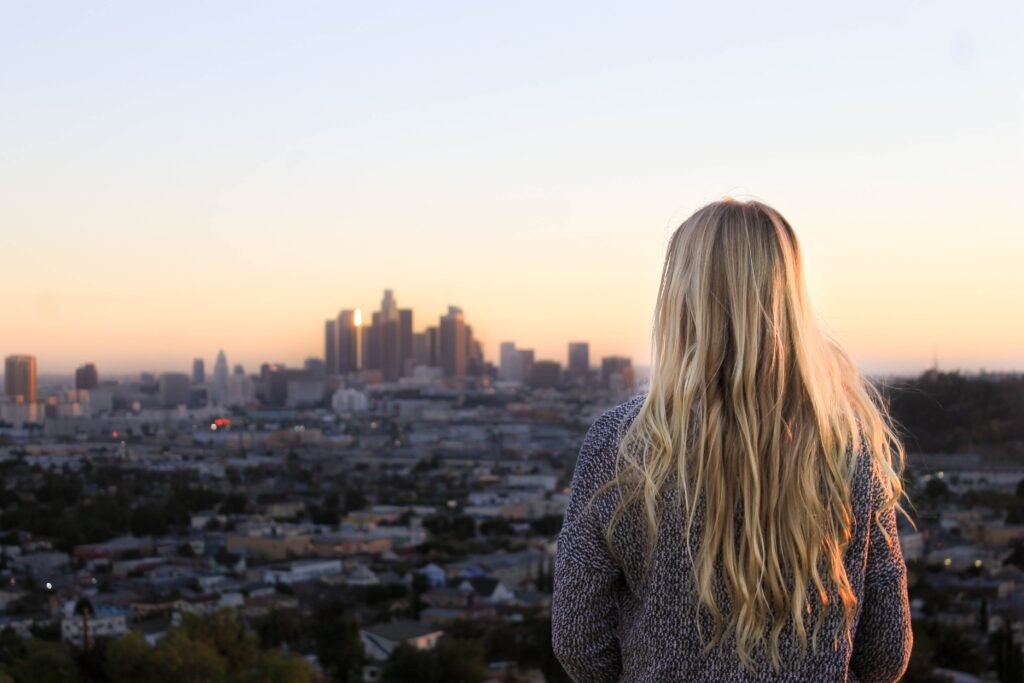 Growing up, I was raised with my grandmother and a grandfather. Every summer my brothers and I
went to their house; it was a safe haven. However, when we had to return home, it was a different story.

We suffered molestation, physical, and mental abuse being not just done to us, but my mother as well. That was difficult. When I was 2, I was molested. Those next few years were the worst. Those years were dark. After the
molestation ended, I began to struggle with my identity. I felt I had to put up this front that nothing had ever happened in front of my family, who actually knew what had happened and were also molested with me.

Years later the man responsible for the molestation ended up paying for my counseling due to the
abuse. At one point my counselor told my mother I was going to become one of three things… a woman
who hates men, a prostitute, or someone to become a child molester herself. So that outlined my
destiny.

My first experience trafficking was in the apartment parking garage, with someone who was introduced
to me by my trafficker. The event occurred in the back of his car, I could tell he was on drugs and then he said… “15 minutes… $100.”

I had heard of prostitutes in the Bible, but I never imagined I would become one.  My first trafficker repeatedly told me he had every right over my life; to hurt me and if he wanted, to kill me.  Then I met my second trafficker… that is really where the hardcore trafficking started… from staying out in the hot sun or staying out in the hardcore rain. I remember it being just cold and raining so hard… tons of puddles.  Sometimes, I would trip and fall in a puddle and my high heels would get soaking wet but I couldn’t waste any money at all on another pair. It got so bad that I had to ask him when to eat and I had to ask him when to use the bathroom because “you can’t stop and use a bathroom because you gotta go make some money.”

I was raped twice… after the first time seeing how he dealt with me and how he treated me, the second time was nothing, you know, it just happens. I would cry out to God and say, “Lord, if you just save me, if you get me out of this one, I’ll never do this again.” But my trafficker kept saying “you deserve this, you deserve to get caught up, you deserve to get diced and tossed. “

At 17 I was kidnapped. At 19 I developed severe depression. I thought medication could take care of it, I even believed that shaving my head bald would take care of it.  I was always trying to find the quick fix, the quick answer because I knew- I knew that it was deeper and there was a deeper solution for this severe problem that I had developed and carried for so many years. That’s when I attempted suicide for
the last time.

One night I was driving into work at the strip club and before I reached the parking lot I broke down. I cried in the car asked Him, “why did you even create me?” That’s the same question I had when I attempted suicide at age 10… “Why did you create me for this? Why did you allow me to survive the death that I conquered coming out of my mom’s womb?” You know, “why didn’t you let me die that day?”

Soon after that night I reached out and was told about the Phoenix Dream Center. When I first got here, I stayed in the Esperanza room for two weeks – that’s the recovery room for the girls. And I remember going to a church service and they sang the song, His love endures forever. And the Holy Spirit just overwhelmed me; I broke down crying because I realized I never had an intimate relationship with Jesus Christ. Since coming to the Phoenix Dream Center, I am more mature than when I first arrived. Now, when difficult situations arise or when traumatic memories come back up I am now able to thank the Lord that I’m no longer in that situation. God is molding and developing me into a woman of God and it’s a process. It’s not immediate and it’s not going to happen overnight. When unforgivable issues come up, and I want to give up, I think, “okay, Lord, you’re with me. You’ll never leave me nor forsake me.” I remember I’m blessed. He’s blessed me with the opportunity to get my GED as I was a high school dropout.  He’s blessed me with the passion to be a counselor for young men and women.

Being here has been such a blessing. Every day here, even the bad days, are still my best day by a
thousand times. The materialistic world has no comparison to what my life has become. My life is better because I know that there’s peace, I know that there’s life in me, and I have passion. I know it’s not for nothing, it’s for Him.